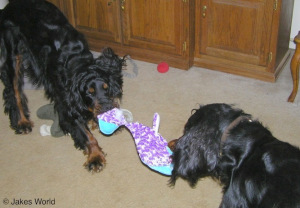 (this article was originally published in German)

A “classical” setter, i.e. a public method that directly sets an object’s field to a value passed in from the outside, undermines an object’s integrity. The object can no longer take care of its fields and determine autonomously which field has which contents. This can especially destroy implicit object invariants, leaving the object in an inconsistent state.

Setters are often used for the initialization of an object. This bears several risks:

There is a Life Without Setters

Setters are used to initialize an object and/or to change its state. There are better ways to achieve these goals:

Initialize the Object at the Right Time

The initialization of an object should happen at the same time as its creation, in the same step. This way, we are sure that each object is fully functional right from the start. If we use setters, the object creation is already completed, and the “initialization” through the setter happens too late.

Instead of using setters for this initialization, we can use constructors that expect all of the required arguments to properly initialize the object. This way, the object can initialize itself, thus keeping its consistency.

If there are several combinations of arguments which can be used to initialize the object, we can offer several constructors. It is recommended that these constructors invoke each other internally.

Example: A vector in a two-dimensional coordinate system.

Using setters to change the state of an object can easily lead to inconsistencies. Instead, we can send a suitable message (including all required arguments) to the object. The object can change its state in the desired way without losing its consistency.

Example: Scalar multiplication of a vector

Both fields of the vector are changed through the method invocation. There is no inconsistent state.

(Note: This code only works in combination with the first example when the fields are not declared final.)

Example: Scalar multiplication of a vector yields another vector:

The new vector is a modified copy of the initial vector. Of course, it is fully initialized and filled with consistent values.

If we treat objects with respect and if we allow for their need for autonomy, they will hopefully respond by being robust and fault-tolerant.

5.3.2012 by David Tanzer Good article, I can not agree more! I currently have to work on a code base where (almost) all properties of objects are public, can be set and are observable (fire change events). It is not maintainable at all - there is no way to find out how states change in the program by reading the source code, you have to debug it to see which values are changed. If only the original authors had access to this article when they had started the project ;)

This kind of setters nearly always destroy the object: no object stays consistent when setting any content. For usual at least some range check or even adjusting other member variables is necessary.